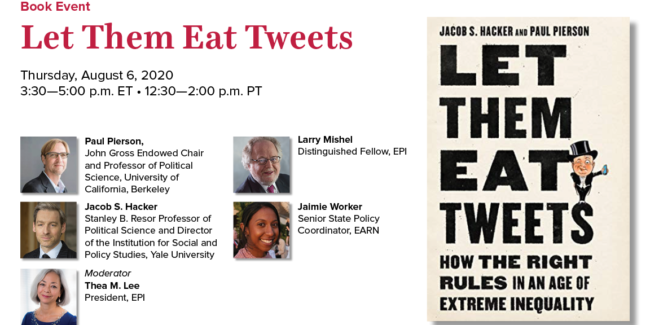 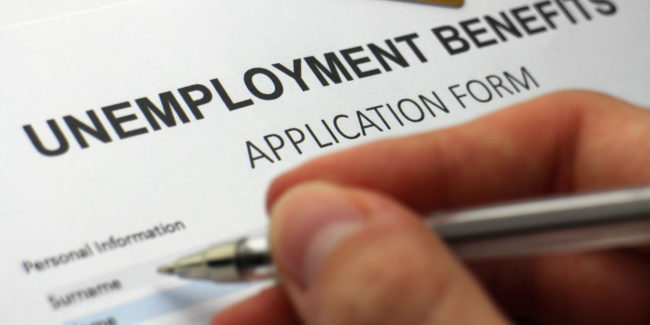 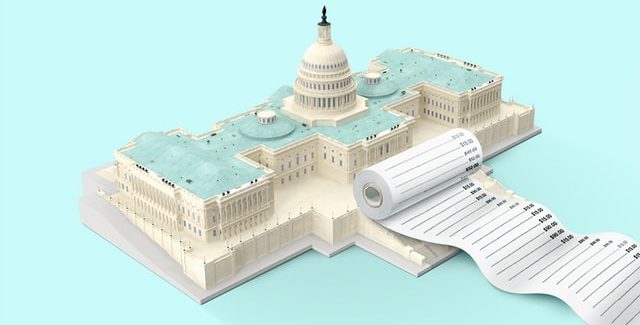 To keep the gravy train going for mostly white one-percenters and prop up the plutocracy, political leaders are using toxic populism with a racially infused culture-war strategy to stay in power—a strategy led by Trump and playing out daily in his tweet storms, according to political scientists and authors of Let Them Eat Tweets Jacob S. Hacker and Paul Pierson.

Join Hacker, Pierson, and EPI experts Thurs., Aug. 6, for a discussion of the book and of what can be done to derail rising inequality and distorted political influence by the rich. Register for the event »

In the week ending July 25, 2 million workers applied for unemployment insurance (UI) benefits. Meanwhile, the $600 increase in weekly unemployment benefits expired July 31. The loss of these benefits will have disastrous results. Read more

The $600 unemployment benefit has expired—Congress must act now

The extra $600 weekly unemployment benefit expired July 31. This essential benefit has been protecting millions of families from economic despair and propping up the economy by helping these households maintain spending. Congress needs to act now to reinstate this benefit. Watch the video

EPI Research Director Josh Bivens explains why deficit spending is the best and only option for recovery from the coronavirus shock—if we are to head off years of economic suffering. Read more

(Photo by Morning Brew on Unsplash)

EPI in the news

More EPI in the news

How do taxes and spending work, and where do you fit in? Explore

Policy choices have tilted the playing field toward the rich and corporations. Here's how to tilt it back. View the agenda